~ We're still averaging three hours in nature (or at least in a park) daily. Last Thursday we spent five hours on a keep-fit-trail and I felt sooo good afterwards! It was a joy to be out in nature for so long, and afterwards it was a joy to come home.
Dd is having tons of fun with people we meet.
We met a very sweet little girl (4 y/o) with her sister and her grand-parents. The girl was so good with dd! I would like to write more on that but this blogpost is alreay too long as it is.

~ I read something about "children's right to be ordinary" and it totally resonated with me.

~ Last time I met with my mommy friends I held one little boy, and dd became a bit jealous. Not sure when that came from.

~ Task-oriented group acitivities. It's all about task-oriented group actitivies. Some days ago dd got bored (we were at home) and started to whine and complain. I took her to the kitchen and we washed the dishes. I put the wet dishes on a towel on the floor, and we dryed them together. Then I put dd on a box and she put the cutlery in the drawer (with a little help, obviously). Seriously, the moment she had something to do she was back to her normal happy self again.


~ We did gymnastics at home and she loves when I do a simple forward roll on a mattress. She tried to do the same and ran towards the mattress, giggling, and then somewhat jumping to do a forward roll herself (it didn't really turn out correctly but we had so much fun!).

~ Dd took her clothes off the laundry rack and put them in the closet. Later on she also attempted to fold socks the way I do. She put her hand in one sock and then wasn't sure what to do and therefore put it aside. So sweet.


~ I often just say "I'd like to change your diapers" or "I'd like to help you put on your jacket before we go out". Then dd comes to me and we change her diapers or I help her get dressed. Sometimes I think it's just too good to be true but it does indeed work that way!

~ She has also started to carry a teddy bear around, hugging it and stroking its back. 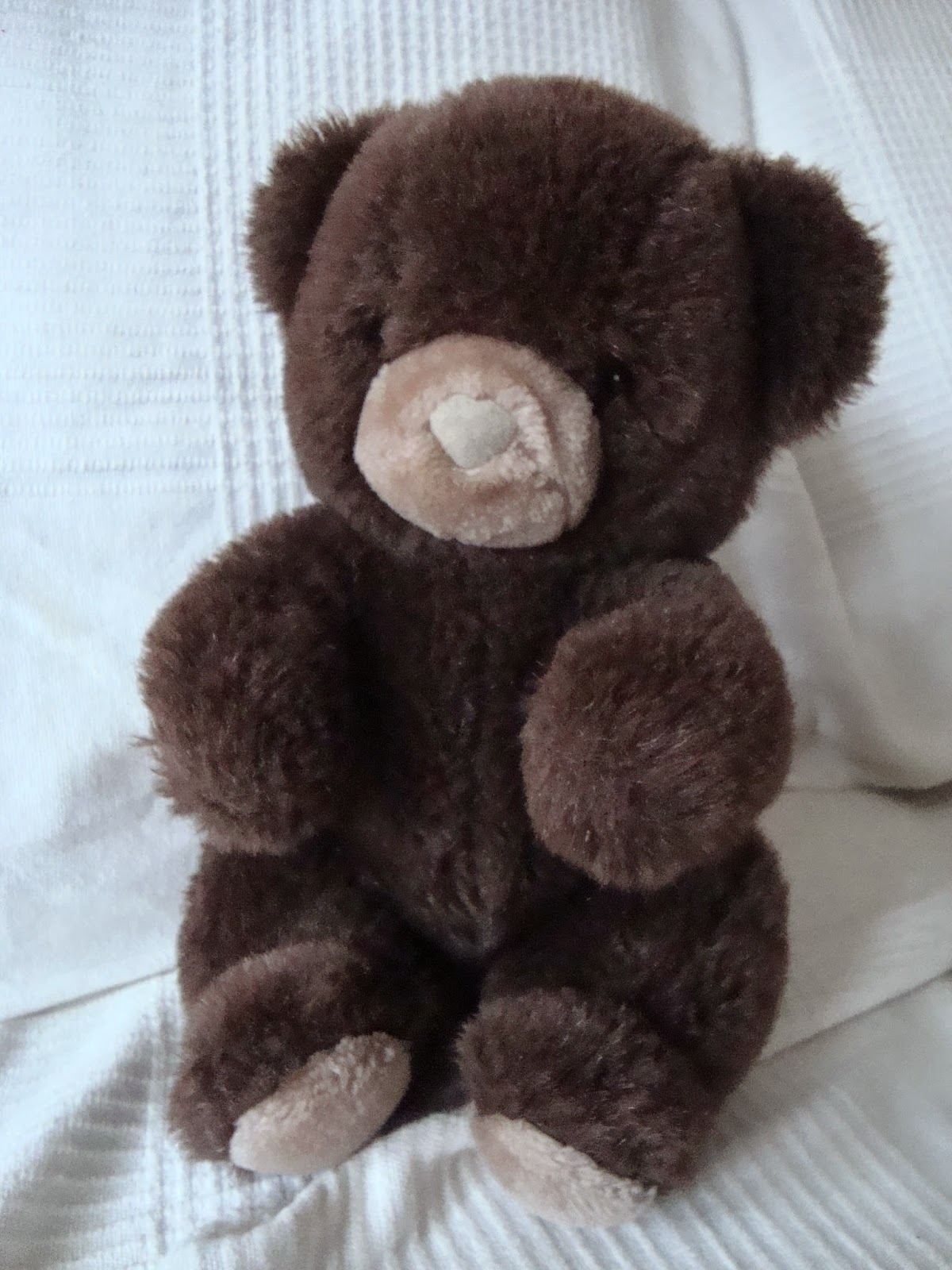 ~ For a while, hubby and dd practiced how to moo like a cow. Dd mood quite loudly whenever she saw a picture of a cow. I said casually "You know, you can simply moo in a normal voice".  Just giving her the information, and making no big fuss about her mooing loudly. And she did simply say it normally from then on. I really like when things work like that!

~ My parents-in-law sent dd a parcel and she had tons of fun unpacking it. 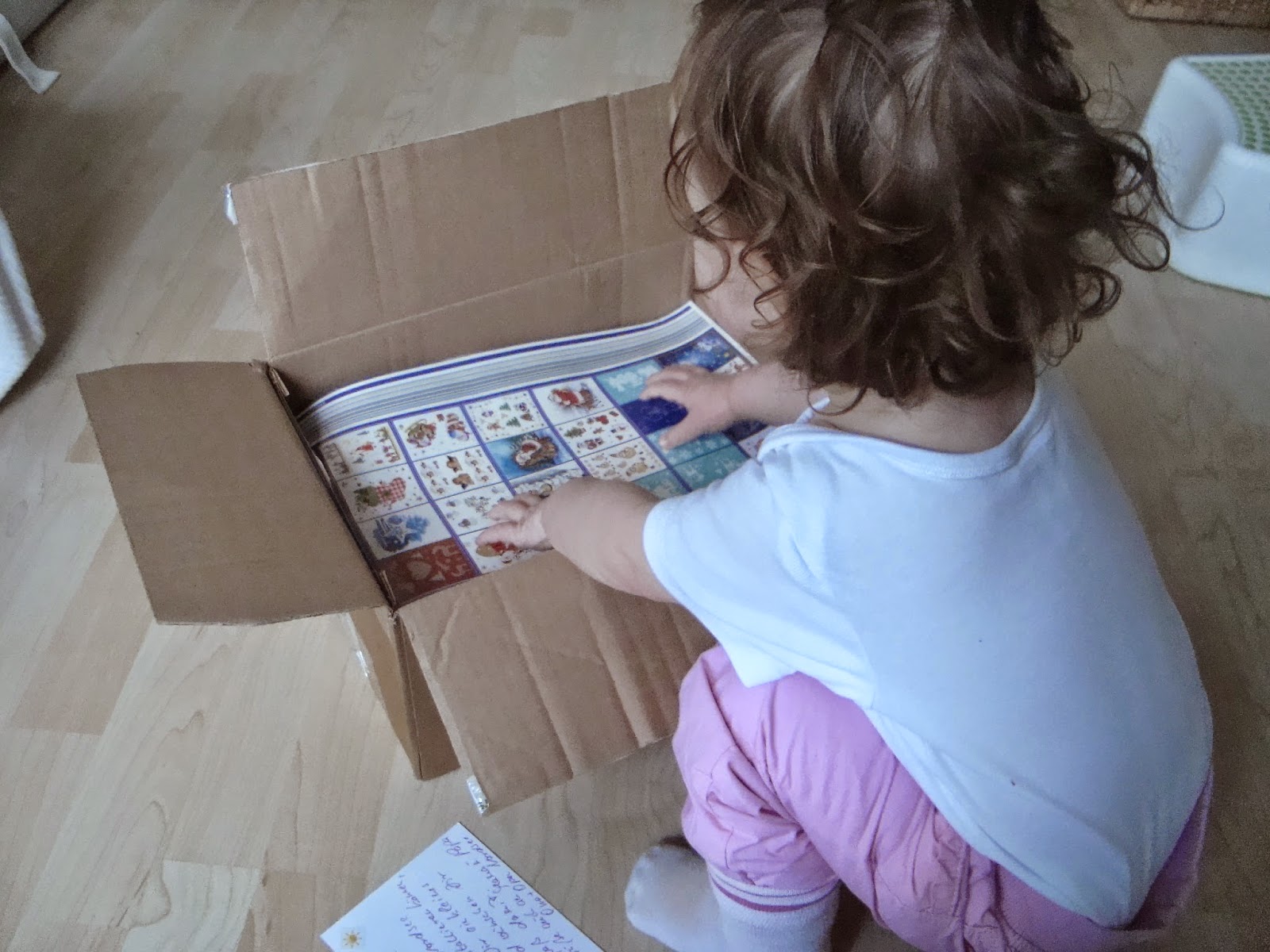 ~ Dd wants to use swings on her own now.

~ I also realized that she never walks holding my hand. She walks by herself when we're outside. Only once did she ever grab my hand (not sure why) and let it go after some seconds. So often somebody will tell me how great dd is walking. First I thought it's a polite compliment, but now I wonder if people feel compelled to say something because we're usually seeing toddlers in strollers?

~ I feel pretty relaxed by now being outside with dd. She follows me and I don't have to worry about it. At first, when she started to really walk outside, it was as new for me as it was for her, but we're used to it by now. As long as she is allowed to hold something, I can even take her to supermarkets and she won't touch a thing! Yesterday she followed me through an entire narrow Turkish shop, happily carrying an avocado and keeping up with me.
Posted by Continuum Mom at 9:38 PM